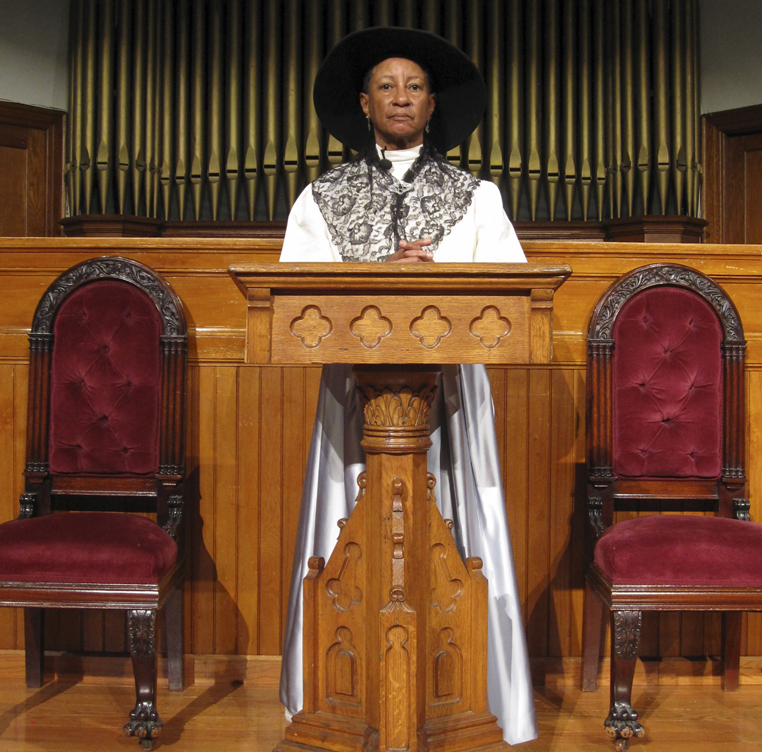 East Lynne Theater Company presents Stephanie Garrett reading a speech by Ida B. Wells (July 16, 1862 – March 25, 1931), “Lynching, Our National Crime,” which was filmed at the Cape May Presbyterian Church in Cape May, NJ.  Wells delivered this speech at the National Negro Conference (forerunner to the NAACP) in New York City in the spring of 1909. Her work began in the early 1890s, and by 1909, she was the most prominent anti-lynching campaigner in the United States.  She received the Pulitzer Prize in the spring of 2020 for her outstanding and courageous reporting. This award is posthumous, but timely. The Pulitzer Prize was established in 1917 to uplift “excellence in journalism.” Based on her investigations, she wrote that “ten thousand Negroes have been killed in cold blood (through lynching) without the formality of judicial trial and legal execution.”  Direct link for viewing on ELTC’s YouTube Channel: https://tinyurl.com/ELTC-IDABWELLS

Stephanie Garrett is a popular reader for East Lynne Theater Company’s “Tales of the Victorians” and her ELTC productions include “Lost on the Natchez Trace,” “Rain,” and the recent virtual, “Yuletide Tales.”  Over fifteen years ago, as a volunteer at Historic Cold Spring Village, a nonprofit organization in Cape May, NJ, she became a storyteller, specializing in early 19th Century Cape May County African American History. Garrett has a BA and MA in Sociology and worked as a Sociologist and Human Resources Manager during her career in Federal Government.  Upon early retirement she received the Meritorious Service Award, the highest award given by the Department of Navy to a civilian employee.

East Lynne Theater Company (ELTC) brings the American Spirit to the stage with its blend of provocative premieres and timeless classics, providing a portal to the past for a better understanding of the present. This award-winning Equity professional theater, founded in 1980, is named after a popular 19th century American play. Operating throughout the year, its mainstage production season is in Cape May, NJ. “The New York Times” listed ELTC as one of the top 75 summer theaters in North America. Visit: https:www/eastlynnetheater.org

Free, but consider making a donation to the NAACP