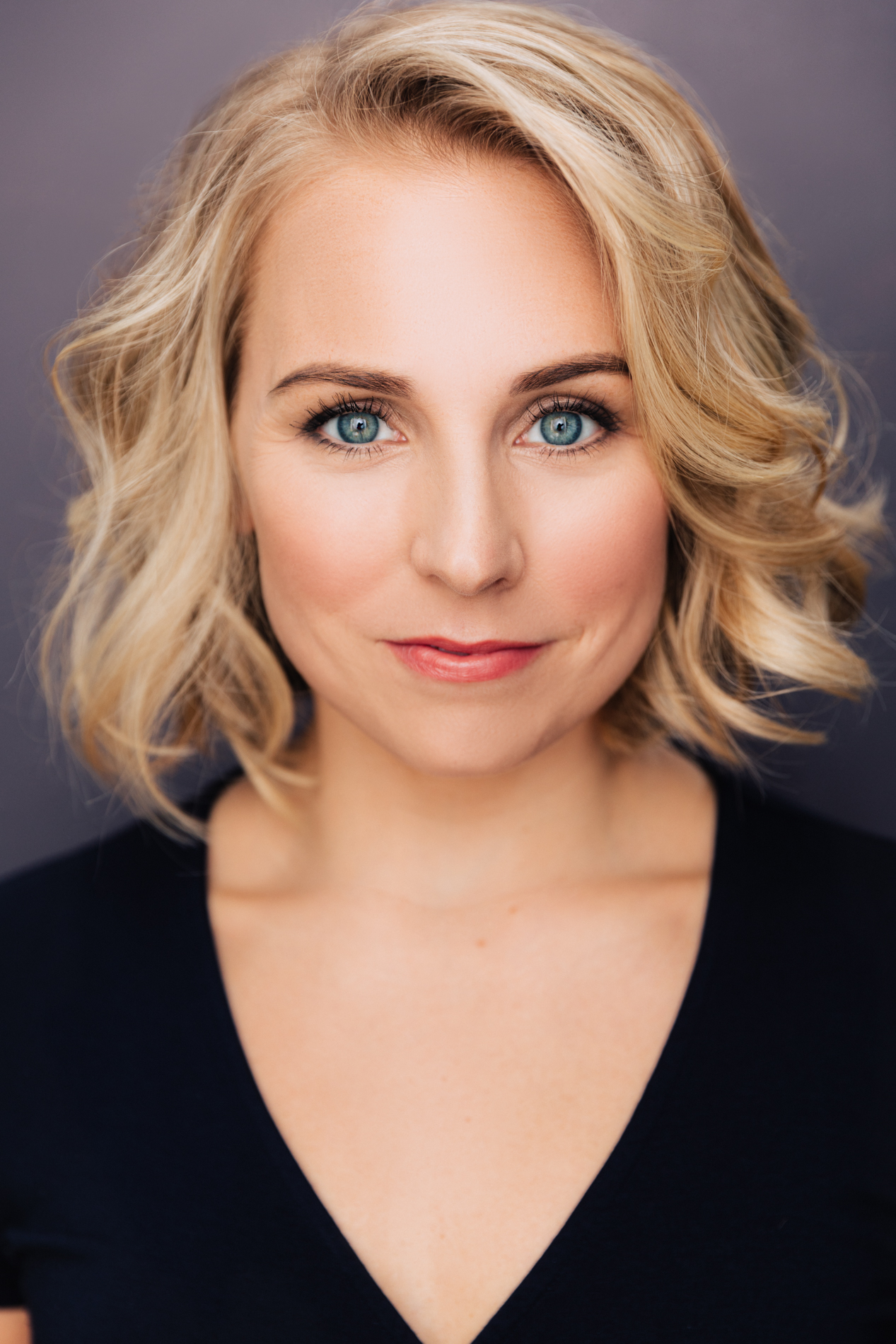 Those who attended East Lynne Theater Company’s 2019 gala, are still talking about how much they enjoyed Jenna Pastuszek singing the signature songs of Judy Garland. For the past few months, Jenna’s been fine tuning her Garland cabaret, and is filming a full-out performance in a studio, with musicians. Titled “Get Happy! A Cabaret Saluting Judy Garland,” ELTC is thrilled to be giving it its premiere on Thursday, February 25 at 8:00 PM. It will be available through Sunday, February 28.

Directed by Ari Axelrod, music direction and orchestrations are by Joshua Zecher-Ross, and Caitlin Fahey provided the dramaturgy. The musicians are Caryl Fantel on piano, Roy Fantel on drums, and Dave Wilkinson playing bass. Adam Norgaard is responsible for the video editing.

“Get Happy” isn’t a traditional Judy Garland tribute — there is no impersonation here. Instead, the cleverly curated playlist of classics and forgotten gems will leave Judy fans and Judy novices alike tapping their feet as Jenna pays homage to one of her favorite divas. Featuring music from “The Wizard of Oz,” “Easter Parade,” “Judy Live at Carnegie Hall,” “Judy at The Palace,” “The Judy Garland Show,” and more. You won’t want to miss Jenna’s spirited celebration of Judy’s legacy. “Forget your troubles” and join us for a wonderful time!

After you’ve purchased your $15 ticket through Ticketleap.com, you’ll receive an e-mail directly from ELTC for opening night that will give you the location for the show. For the other three nights, you’ll receive tickets via e-mail from Ticketleap that include a button to hit when it’s near showtime. ELTC strongly recommends that you connect your computer to a flat screen tv with an HDMI cable so you can see the show on a larger screen with better sound, and even use Closed Caption if you like. You’ll have 24 hours to view the show, and you may pause and even stop it, and return later.

Jenna Pastuszek’s New York City credits include “The Incredible Fox Sisters” at the New Ohio Theatre and “Joey & Ron” at The Player’s Theatre. In Philadelphia, she was in “Winter Wonderettes” at the Walnut Street Theatre. Regional credits include “Diner,” “Because of Winn Dixie,” and “South Pacific” at the Delaware Theatre Company, “The Last Five Years” and “Catch Me If You Can” at the Eagle Theatre, and “Evita” at Stage Door Theatre in which she was nominated for the Carbonell Award for Best Actress (South Florida). She is the co-founder of Innovative Voice Studio in New York City.

$15, After you've purchased your ticket through Ticketleap.com, you’ll receive an e-mail directly from ELTC for opening night that will give you the location for the show. For the other three nights, you’ll receive tickets via e-mail from Ticketleap that include a button to hit when it's near showtime.