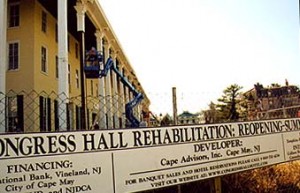 It’s been a long time coming. There were Department of Interior rules and regulations to follow, million-dollar funding to secure, lawsuits to brave, mountains of paperwork to wade through and endless rolls of red tape to unwind. Now, long overdue according to some and beyond belief to others, rehabilitation of Congress Hall has begun.

The first project tackled by the Washington D.C.-based Tompkins Builders was the removal of the wooden façade on Congress Hall’s Perry Street annex building. Originally installed in the early 1950s, removal of the façade begins “phase one” of the three-phrase project. Work on the roof — in a state of bad disrepair — has also begun and repairs are being made to the 55 supporting trademark columns as well. 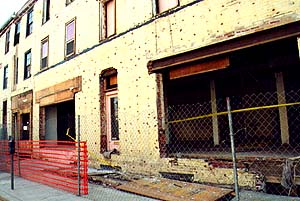 “Phase two” of the project calls for the rehabilitation of the hotel’s 107 guest rooms and the addition of a conference center. Montano says Congress Hall Partners is looking for a November completion date, and has already booked a few fall weddings. 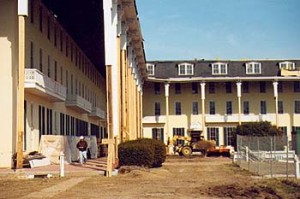 Litigation continues, however, over plans for parking cars on the hotel’s front lawn and the installation of cabana-style changing rooms for swimmers utilizing the hotel’s new swimming pool — “phase three” of the project.

The total restoration cost was originally estimated at $10 million, but is now expected to double.

Partial funding is being supplied by the City of Cape May, State of New Jersey and the Department of the Interior. 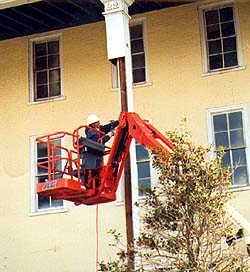 When Montano speaks of “restoration,” she is doing so in the literal sense. Everything that can be restored, rehabilitated, will be including doors, windows, bathtubs and bathroom tiles. It’s the building’s character that is being preserved, according to Montano. Though workers are trying to “stabilize” the building and installing new floor joists and steel beams to “bolster sagging sections of the east wing,” Montano says the plan is to eliminate “some of the sags,” but not to fix the problem entirely. In a recent interview she said she “likes the waviness of the hallways.” 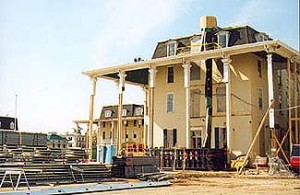 When all is finished, Congress Hall will bear a striking resemblance to its 1879 appearance. It was in 1879 that the building was rebuilt of brick after the “great fire of 1878” destroyed the original wooden structure.

Inside, Congress Hall will have a 1920s feel — an era when the hotel was in its prime, and the living was easy.

Perhaps when the restoration is said and done, Congress Hall will enjoy a new day in the sun. 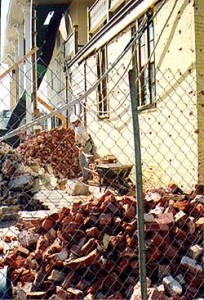 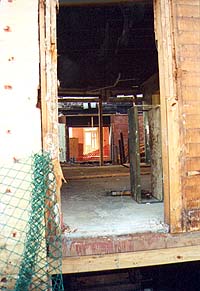 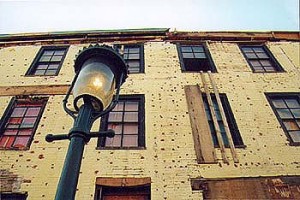 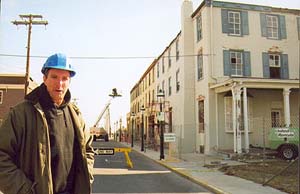 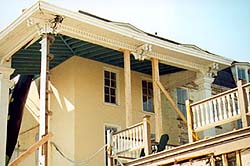 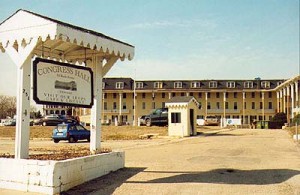