Miles of pristine beaches, restaurants for every taste, year-round festivals, world-class birding, and a showcase of late-Victorian architecture—there isn’t just one reason to visit Cape May. 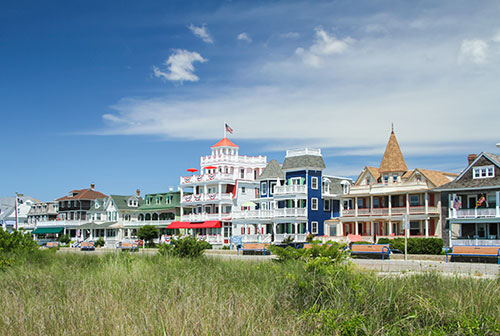 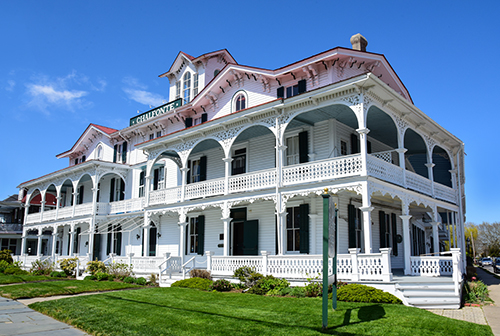 Where to StayHotels, Bed & Breakfast Inns, Guests Houses, and Campgrounds 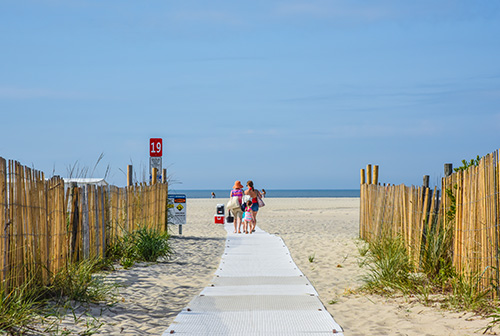 Things to Do Where to eat, shop, and play while you're in town 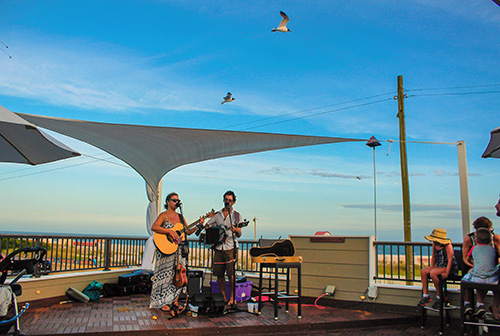 EventsWhat's going on around town? 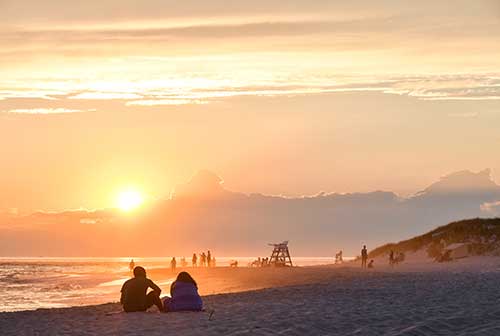 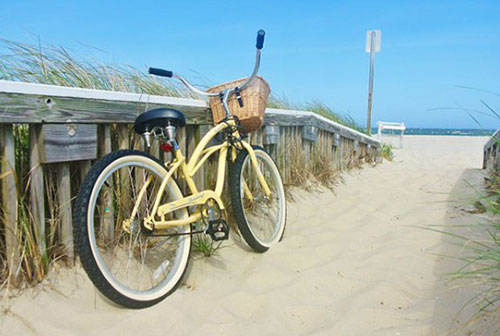 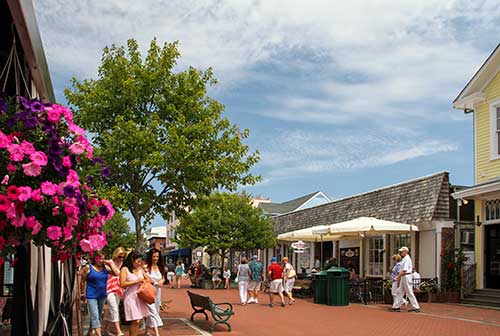 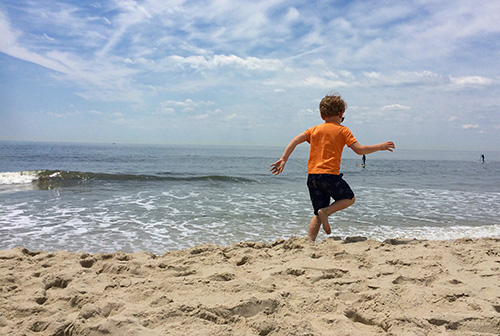 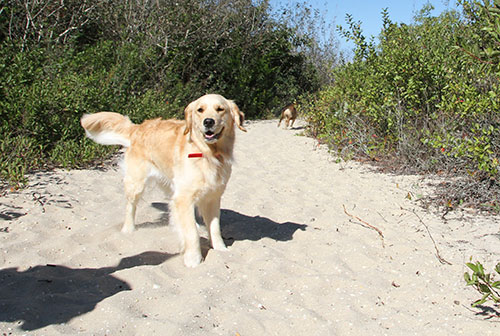 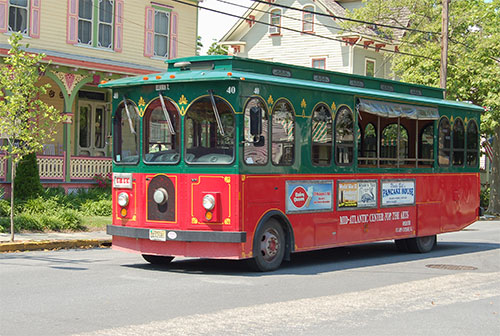 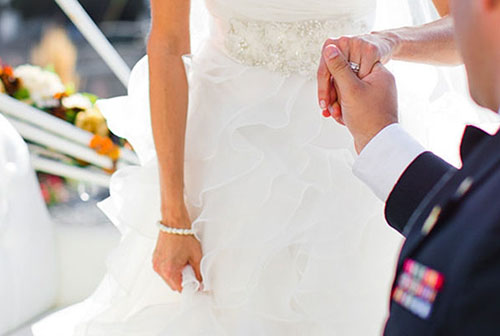 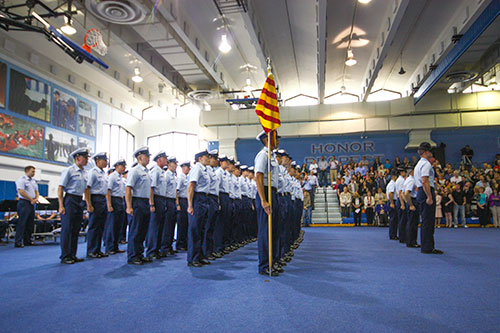 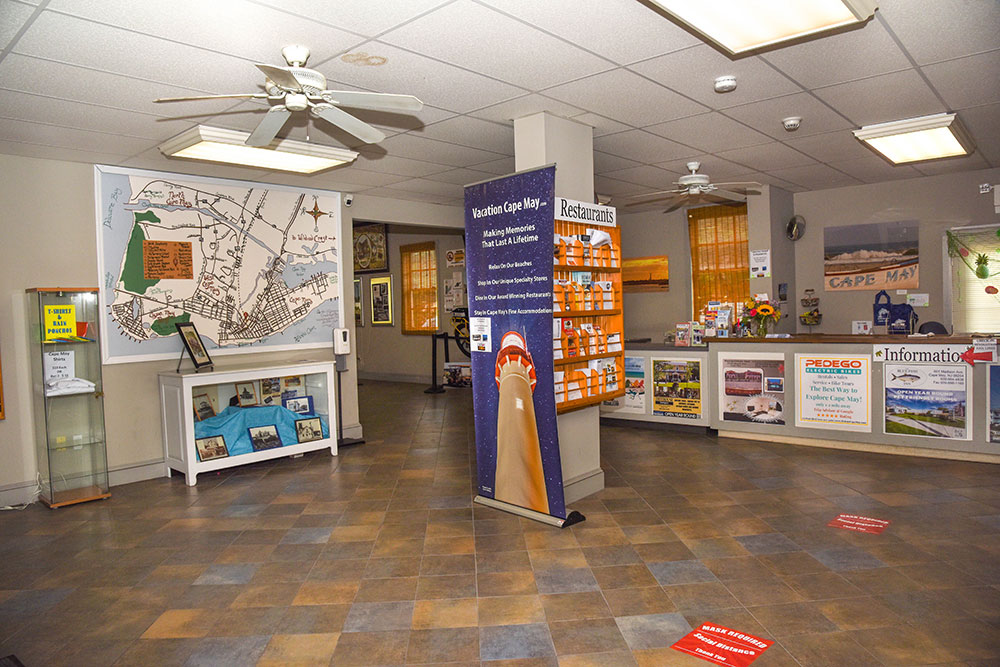 First-time visitors, be sure to stop by the Cape May Welcome Center, located within walking distance to the Washington Street Mall.

A canal, dug from a natural shallow creek, runs from Cape May's harbor to the Delaware Bay making Cape May an island. This simple fact is fundamental to understanding Cape May.  But first here are some fairly well-known facts about Cape May, New Jersey:

Cape May (Cape Island) is made up of Cape May City, the boroughs of West Cape May and Cape May Point and a township (Lower, which is not to be confused with Middle and Upper - all of which comprise Cape May County). Because of the canal,  Cape May is separated from the rest of New Jersey, both physically and metaphorically. Unlike other Jersey shore towns, Cape May City still looks like small-town America, complete with tree-canopied streets, right out of a Norman Rockwell painting. The year-round population of Cape May is about 4,700, a number that has varied little for over a hundred years. That number can swell to more than 40,000 on some summer weekends.

Dining in Cape May often exceeds the casual visitor's expectations.  From the restaurants on Schellenger's Landing at the base of the canal bridge, to those along the beach front and into West Cape May, one can find superior cuisine alongside customary seaside fare. There are almost no chain stores in Cape May. Large national franchisers have not located here. Instead there are scores of small shops and antique stores from the outdoor Washington Street Mall to the Beach Avenue store fronts that cater to the sun and fun crowds.

Staying in Cape May offers vacationers the widest possible variety of experiences. The hotels of yesteryear are still here, some beautifully restored and others, by design, comfortably left as they have been for decades. Meticulously maintained bed and breakfast inns are renowned in Cape May; as are many historic Guest Houses.  Of course for the thousands of visitors who prefer conventional luxuries and a swimming pool, Cape May has plenty of resort hotels. Rounding out the choices is the traditional whole house or condo rental.  Prices on these stays will vary with the season, the amenities offered and their proximity to the beach.

While not in the ocean or on the beach, visitors can spend time in Cape May exploring nature trails, whale and dolphin watching, taking Victorian house or ghost tours, golfing (real and miniature), fishing (surf and sea), antiquing or visiting art galleries and history exhibits. Visitors can get a spa treatment, take in live theatre and concerts, stop by a vineyard for wine tasting, take a carriage ride, play skeeball in the arcades and even bar hop. With rental spots in key locations on this flat island, bicycling to everything on the island is easily done... and something locals heartily recommend.

And if that's not enough to keep vacationers content, they can cross over the canal bridge to find amusement parks in the Wildwoods and casinos a 45-minute drive away in Atlantic City.  When the excitement is over and the time is late, the calm of Cape May will be ready and waiting, as it is now and always has been.

More reading from our blog: