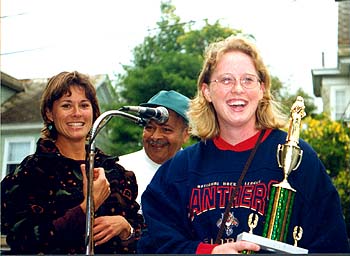 Queen Daniele in 1998. “This is the most thrilling day of my life!” she said.

“This has been my dream since I was a little girl,” she said as the queen’s crown was placed on her head. Tears in her eyes, she waved to the masses gathered to watch the crowning. “My grandmother bought me a hat at the very first festival,” the young woman went on, “and since that day I’ve always wanted to be the queen.”

A childhood dream realized, a day to remember — one to tell children and grandchildren about. That day in October of 1998 when Daniele became queen. 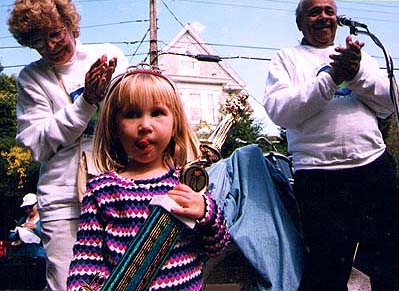 The three-year old didn’t quite know what to make of it all as her grandmother placed her on the stage. The crowd roared its approval. The mayor shook her hand. A crown was placed on her head.

Suddenly she understood. The little girl smiled. She was the new queen.

Queens they are. Queens of the Lima Bean.

Believe it or not, it’s a prestigious title here in West Cape May. Little girls, teenagers — in fact, women of all ages — vie for the coveted title.

Since the first Lima Bean festival in 1985, a queen has been crowned. From age three to upwards of 70, women in various shapes and sizes compete for this ultimate honor. 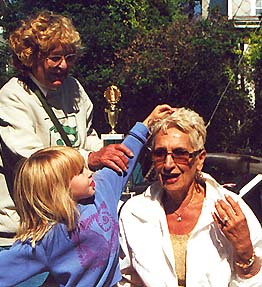 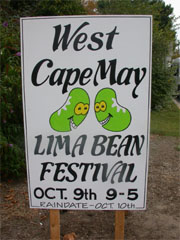 “Eat your limas,” mothers have said for generations, “they’re good for you.” Young eyes open wide as they stare down at the greenish mass intruding on an otherwise savvy plate. This lumpy stuff is good for me? You’ve got to be kidding. Eyes roll skyward, and limas are shoved unmercifully around the plate — or sneaked surreptitiously to the dog. So the lima bean reigns notorious as queen of spurned vegetables, perhaps sharing its throne only with the oft-scorned Brussels sprout.

But folks in West Cape May take the lowly lima very seriously. A backbone crop of the rural farms dotting an otherwise ocean resort landscape, for decades West Cape May touted itself as the “Lima Bean Capital of the World.” Though other towns, especially those in California, may take issue with this self-imposed title, for years West Cape May had a substantial growing contract with Pennsylvania’s Hanover Foods, Inc. Production brought relative fortune to this small borough. With respect to this livelihood — and bearing an initial tongue-in cheek-attitude — the first Lima Bean Festival was organized, the only festival in the nation honoring the lima bean. 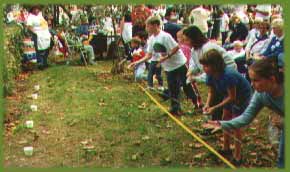 The festival met immediate success with locals and visitors alike. Those who didn’t even particularly care for lima beans enjoyed the festival, and some grew to really like them. Lima beans take on a whole new personality when served fresh. West Cape May fresh, that is.

And fresh limas were everywhere — one local church barbecued them, a women’s club sunk theirs in soup, and others planted limas in salads, stews and salsas. A Cape May restaurant invented perhaps the quirkiest dish of all — lima bean ice cream. 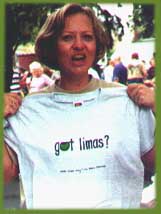 The bean lavished in the spotlight during pitching contests for children, and its rather mundane image became radiant on hand-made pottery and dangling earrings. There was even a Lima Bean “quip” contest. Winners had their sayings blazed on festival T-shirts. Earlier shirts are now considered collector’s items.

Festival participants gladly donned shirts bearing lines like “Have you ever bean so happy?” and “Bean there, done that and Lima better person for it.” And, of course, there was the crowning of the Lima Bean Queen. 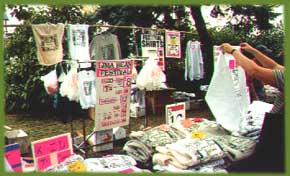 But in the early 1990s, Hanover Foods yanked the contract. West Cape May’s primary lima bean grower had to cut back it’s production and find alternative, more fashionable, vegetables to grow at a new stand opened to boost the farm’s livelihood. West Cape May was no longer the Lima Bean Capital of the World. For just a brief moment there was talk of canceling the festival. But folks were hesitant to give it up. It was far too unique — and way too much fun — to let go by the wayside.

Perhaps nothing sums up the dilemma better than the Lima Bean Blues — a song written by the country-western band “Delta Blues” which performs yearly at the festival. Their sound is 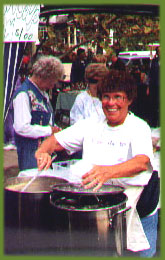 one echoed at many a festival and in taverns across the nation — down-home country complete with the whine and wail of heartbreak, and not too much of a repertoire. But the sound befits the festival. And it’s the Lima Bean Blues they play most frequently — over and over, in fact — but always by request.

“Hanover had a contract for the limas we grow here.
But they did not renew the contract, so no lima beans this year.
We’re having a celebration at the park in West Cape May.
We don’t need no limas, we’ll have the festival anyway.”

And so they did. This year marked the 16th annual Lima Bean Festival. Little Izabela Lotozo was there to crown June Tortorelli, Lima Bean Queen 2000. When asked about relinquishing her prestigious title, the now four year-old said quite seriously, “I know I have to give it up, but I can pretend to be queen forever.”