A walk about town is always interesting this time of the year – many merchants have relocated, others have moved on, and there are, as usual, a few new kids on the block. So, without further ado, let’s take a look at who’s new and who’s gone in 2007.

Let’s begin with the Washington Street Mall, which by the way, is slated for a re-do 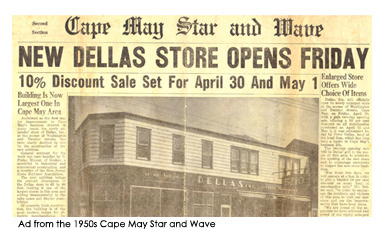 beginning in November. The big news here is the reopening of Dellas Five and Dime Memorial Day Weekend. Kim Dellas and her husband Paul Andrus have taken back the store which Norman Dellas leased to the Hand Company in the 60s and have remodeled it in keeping with its original debut in 1950 when Kim’s father, Norman, who died last year, launched the 5 and 10. Kim and Paul have gone out of their way to bring back the 50s, both in décor and in product mix, so be sure to check it out, particularly the soda fountain in the back.

On the other side of the sidewalk, Carli’s Country Connection is under new 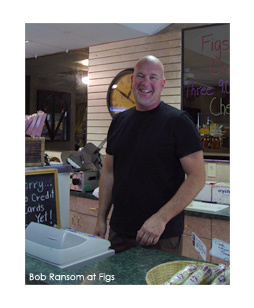 ownership. Fear not, everything looks just the same as it did the day before it changed hands.

In the next block, Moonlight Metal Works is gone and in its place is Del Sol, a new kind of shop in which everything from nail polish to sterling silver to t-shirts changes color. Very smartly merchandised, you’ll feel happy just walking in there. Delaware Bay Coffee Company is out. Figs is in. It is a gourmet cheese shop/ Italian deli with Bob and Lisa Ransom of Ugly Mug fame as proprietors.

Lots of changes in the 300 block of the mall. Create A Bear Factory has relocated to the beachfront in the Beach Theatre complex. Both the Nostalgia Shop  and Jewel Box Emporium  are closed. The owners of Jackson Mountain Café bought the building, and word on the street is they will be turning it into a raw bar.

Off the mall and across the street at Washington Commons, there are a number of changes. Cape Advisers, managers of Congress Hall, the Virginia Hotel, the Sandpiper, the Coachman Motor Inn and other properties, have set up shop in the commons where Ivy League Mortgage Company used to be. Around the corner, Candelessence has relocated from its spot near Seaweeds and has taken over the former Arden Kids shop, next door to Washington Commons Gallery. Teak Furniture is out. Orient Impressions II is in. Through A Garden Gate is gone. The Henna Shop is now in its place. The Henna Shop sells henna tattoos and 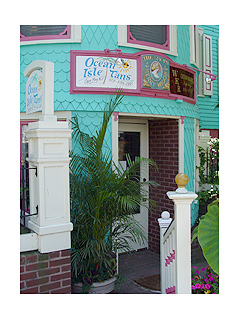 On Carpenter’s Lane Nonesuch Beads, located in the bottom of the Merry Widow Guest House, is out. Ocean Isle Tans is in. At Carpenters Square Mall, Ocean Crave is gone after just one season. Uniquely Yours, which has been located in the Pink House for eons is now on Decatur Street near Columbia Avenue.

Over at Congress Hall not too much has changed with the exception of Laura’s Fudge. They’re gone and you’ll just have to get your Laura’s Fudge at their store over at Washington Commons. 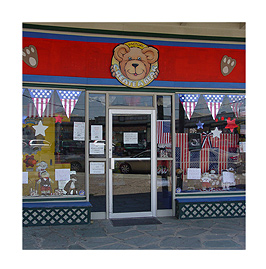 Create A Bear’s new location at the Beach Theatre complex on Beach Avenue takes the place of the Sunglass Hut. Also in that area, Beaches & Crème is gone, as well as Atlantic Books. Rita’s Water Ice is slated to go in where Atlantic Books was. Around the corner, near Avalon Coffee Company, Beach & Kite opened up last summer and are back again for ’07.

On the boardwalk, Rickers is gone after serving the public for more than50 years. In the 1950s, Rickers was located at Hunts Pier. That store was washed away in the March Nor’easter of ’62. After that they reopened in the Boardwalk location we were all familiar with near Convention Hall. They had a 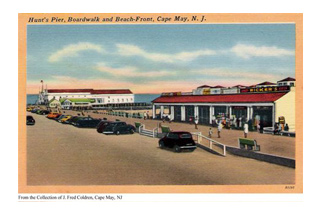 n interesting deal with the their landlord, the City of Cape May. The Ricker family and their partner Francis Dwyer (longtime Cape May municipal judge) negotiated a 99 year lease on the beach parcel effective 12/11/1951 for $150 per year. That lease was subject of litigation in the 1990s. Last year it was determined that the deal was no longer valid. Rickers never actually opened last year despite the “opening soon” signs. The city is expected to take over the property for the sale of beach tags.

Moving on up the avenue, Mary Beth’s Beachfront Café is gone and Sean’s 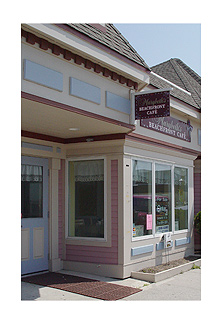 Restaurant will be opening soon. For those of you inquiring all winter about the fate of the Rusty Nail, you’ll get a one last chance use the Nail as your summer water hole. The Rusty Nail and the adjoining Coachman’s Motor Lodge will continue to be open through September. After that, the property is slated for either demolition or a major re-do. Either way, it is expected to be rebuilt within the same footprint – in other words no larger than it is now.

In the B&B world, Cape May has lost two more inns, the Duke of Windsor is now as private residence as well as Woodleigh House, both on Washington Street.

A jaunt or bike ride through West Cape May proves to be the site of some interesting changes. To begin, Perry Street Video is gone. Flanagan’s Art and Framing shop is back on Broadway. Its former 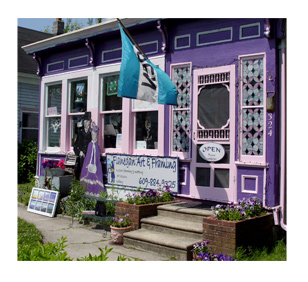 location in the Park Center Shops on Park Boulevard is now occupied by Seaside Cheese Shop. A Place on Earth, which left its Park Boulevard location last year and relocated to bottom of Winterwood on the Washington Street Mall at Ocean Street, is now Family Dentistry, and their next door neighbors, The Cape May Star and Wave are moving around the corner where Creative Kids once was, next to Kate’s Florist.

On Broadway, The Well Center for Massage has moved into Cape Winds’ old store, next to Akwaaba B&B. On the other side of the street, Mary’s Sweet Treats is gone. The Baker’s Shoppe is in. Burton’s Bar-B-Que opened up at the corner of Sunset and Broadway last summer and are back for another run. We hear the Bar-B-Que there is quite yummy.

Turning the corner onto Sunset Boulevard, Pack N Mail is gone. Don’t panic though, you can still mail your packages out of Swain’s Hardware, you just have to 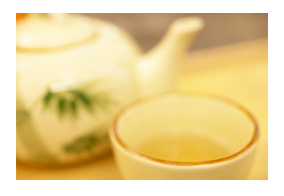 At the Chattel House Village on Sunset, A Little of This and That is gone. The Butterfly Tea Room will be opening in its place by mid-June. They will be serving tea and an assortment of goodies to go with it.
Well, that’s the scoop for summer 2007. Give the new kids on the block a try and please keep patronizing the tried and true.