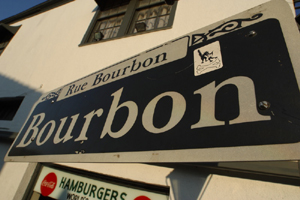 “Tell me what you eat and I will tell you what you are.”
-Jean Anthelme Brillat-Savarin

Many people often play the “What would you do if you won a million dollars?” game. The culinary version of this old parlor game revolves around the question, “What would you eat for your last meal?” Among my foodie friends and fellow culinarians, the answers run the gamut from the simple, perfect roast chicken and mashed potatoes to the sublime, foie gras and a port older than me. But recently I have started thinking about a variation on the game.

Last month I did the photo shoot for the Spring issue of Cape May Magazine (shameless plug time), and since The Merion Inn was closed for the winter, they reopen the first weekend in April (second shameless plug), the photo shoot was held at the home of a staff member. The hostess invited several other food lovers to partake in the post-photo-shoot feast. That it is when I had a reawakening. As much as I enjoy eating food–after all, my stunning physique is not a result of tofu and wheatgrass–the real joy is in preparing food for other people. Deep down, most chefs are entertainers. Our audience? The palettes of those who dine rather than eat. That is when it came to me, if I could only cook one more meal, what would the components of that meal be?

I thought of my favorite holiday, Thanksgiving. What is more appealing to a chef than a feast whose centerpiece is food stuffed with more food and more tastes and textures than should be combined into one meal? Besides, cooking for friends and family at the holidays is really where my passion for food began.

Deciding that Thanksgiving was a cop-out, I started to narrow down what foods and influences have had the most impact on me as a chef and lover of food.

There is one food that would have dominance in my culinary swan song. BACON. The much maligned swine’s cured and smoked belly can be soft, crispy, sweet and, naturally, smoky. Plus, it adds dimension to any course. If you have never experienced bacon ice cream, you are missing out.

In this meal I would pair bacon with oysters and lightly roast them. Serve it with a drizzle of vodka and horseradish crème fraîche and a petite salad of baby arugula and roasted Jersey plum tomatoes.

Another course would pair two of New Jersey’s best ingredients with the most exquisite, but politically incorrect, foie gras. Pan-seared Cape May Scallops with Foie Gras roasted Jersey White Corn Cake and Sherry Vinaigrette. Foie gras and shellfish is the modern chef’s take on the classic Veal Oskar.

I would be remiss if I ignored the city that inspired me to become a chef, New Orleans. I love gumbo, boudin and dirty rice. In the French Quarter red beans and rice are served only on Mondays – going back to the tradition of women in the Storeyville section of the French Quarter (where the N’awlins’ sound originated) who did their laundry on Mondays and served this dish for dinner because it could simmer all day long. This is a dish which satisfies my soul. And every night on Bourbon Street is followed by a morning of beignets and chicory coffee at Café du Monde. But for me, the quintessential N’awlins treat is crawfish étoufée. In my last performance in the kitchen, I would team Crawfish Étoufée with Pan-seared Sweetbreads and Morel Mushrooms.

I am beginning to think my kitchen swan song would be a three-day festival requiring a truckload of Lipitor and a team of cardiologists from Jefferson Medical School. Where do posole and chiles rellenos fit in? Cassoulet? Duck confit? Lamb? I have narrowed the cheese course to twenty and that was painful. Well hopefully I have many more years ahead helming the stove and more chances to add to the courses in my Finale that will be my culinary curriculum Vitae. For now, enjoy Bacon Roasted Oysters, my version of Crawfish Étouffée, Shrimp Remoulade and the dessert that started me on my culinary journey at that fateful breakfast at Brennan’s – Bananas Foster. Until next month, I leave you with this thought from Brillat-Savarin, “The discovery of a new dish does more for human happiness than the discovery of a new star.” Bon Appétit.

Wrap oysters in bacon. Season with sea salt and cracked pepper. Roast at 450 degrees for  6-8 minutes or until bacon cooks and oysters just start to curl.