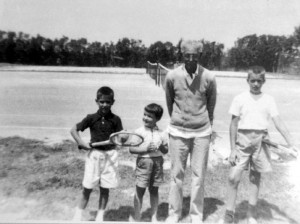 “People back in those days, they looked out for each other, and it seemed like everybody had a dog and chickens too! Our teachers were dedicated. They were with kids after school. We were taught to play music, sing, dance. We did it all! The Grant Street area was where you had segregated beaches, but I’m to understand that it was the best down on the beachfront.”

“I’ve lived in West Cape May for 70 out of my 76 years. One of the most special teachers growing up, and you’ve probably heard this from many of the West Cape May African Americans, was William J. Moore. He taught black history; today they take pride in teaching black history in one month–then he used to teach it all the time. One of my closest  friends growing up was Ralph Bakeley. He and I would walk to school hand in hand, bicycle to bicycle, then we got to the schools and separated. We didn’t pay any attention to it because that’s the way it was.” 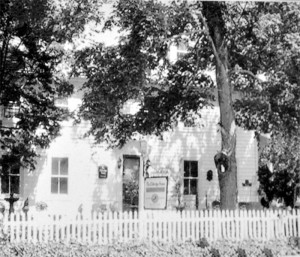 Sunday, November 15 (6-9 p.m.) longtime residents and friends will gather at the West Cape May Fire Hall to celebrate the borough’s 125 year anniversary. The History Committee, comprised of two ladies, Marie Iaconangelo and Doris Jacobsen, have been cataloging pictures which are currently on display at Borough Hall. The exhibition, “Picturing the Past” was the committee’s first major project. Another major project the ladies have undertaken, along with the help of filmographer and executive director of the Cape May Film Society, Tom Sims and his team of young filmmakers, is to interview and record the reminiscences of members West Cape May’s most distinguished families. A DVD of the video interviews will be available and an abbreviated version will be shown at the celebration.

Back in the 1800s when the Borough was first formed, West Cape May was home to all the folk who serviced the seashore resort of Cape May – the milkman, the vegetable huckster, maids, butlers and there was a corner store on every corner. The Borough was also home to a canning factory, a gold beater industry and sulky racetrack. But by and large West Cape May was a farming community which reincorporated three times – 1884, 1890, and 1894, when the Borough of South Cape May was added on. No one seems to quite know why, except to suspect that money was to be gained from each reorganization. The first postmaster was Horace Swain.

West Cape May had an elementary school for Afro-American children and right next door a school for white children. Lifelong residents remember walking to school together, separating to go to their respective schools, and walking home after school without ever thinking a think about it.

Take a walk through the picture gallery gathered by West Cape May’s History Committee and look for more stories about West Cape May on CapeMay.com and in Cape May Magazine. And if you have any stories or photos you would like to share send them to info@capemay.com.

Black and white photos and captions courtesy the History Committee of West Cape May. Current photographs by Macy Zheylazkova and Bernie Haas.

Tags: Then and Now