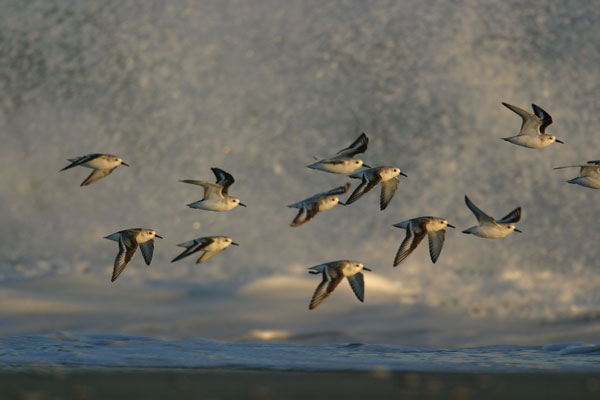 Editor’s note: This column originally appeared in the June 2006 issue of Cape May Magazine.

I am often asked what my favorite bird is. I don’t have one. But when asked which is most like me, that is easy. It is the Sanderling. Do you see any parallels?

It loves the beach. It is the one running full pelt, always getting chased out of the sea by the waves, but running back in for more (luckily for it, the lifeguards have no say). Although you can sometimes see them taking a rest, they are nearly always on the move – does that remind you of anyone? 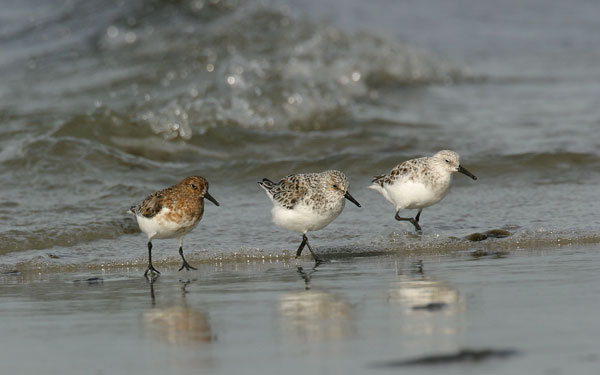 It is built a lot like me, short and chunky (yes, some would say cuddly). Its color changes with the seasons – pale and anemic in winter to red and brown in summer. Hmmm, that couldn’t be you, could it? Its colors also change with the light, and sometimes they appear black as they take in Cape May’s fantastic sunsets. 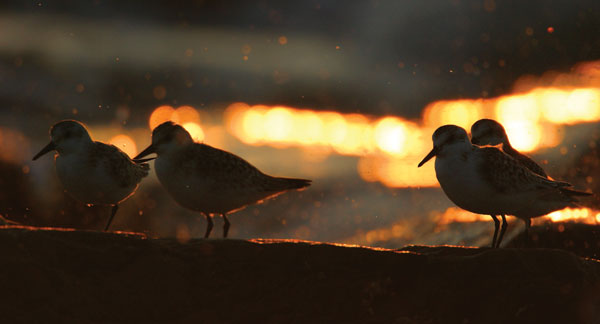 And when you go for that romantic stroll on the beach, it always seems to be there, taking in the air, too busy to care, but adding beauty, color and character to the shore.

If you want to see a Sanderling, just pop down to the beach or one of the jetties and see them running out of the water. They are usually in loose groups. Watch them. They are a lot of fun!