“Think of Harry Kulkowitz, the Jewish son of Russian immigrants, who fudged his age at enlistment so he could join his friends in the fight. Don’t worry, Harry, the statute of limitations has expired. Harry came ashore at Utah Beach on D-Day. And now that he’s come back, we said he could have anything he wants for lunch today—he helped liberate this coast, after all. But this humble hero said a hamburger would do fine. And what’s more American than that?” 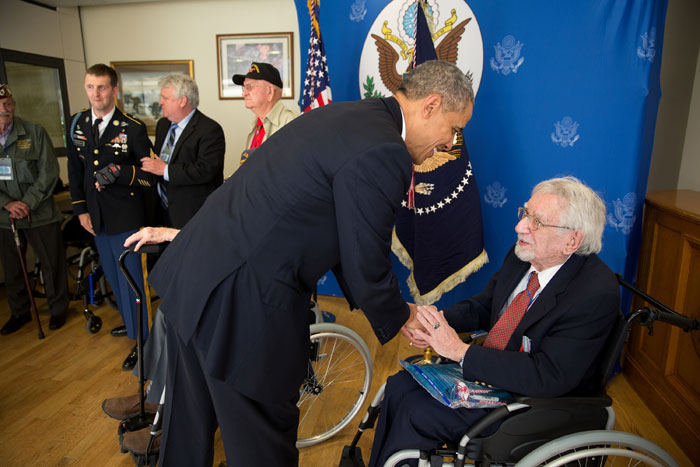