Every year on September 11th, The Kiwanis Club of Cape May and the City of Cape May gather the city together at Cove Beach for a beautiful and moving Patriot Day ceremony to remember and commemorate the lives lost in the 2001 attacks on the World Trade Center, the Pentagon and aboard Flight 93. 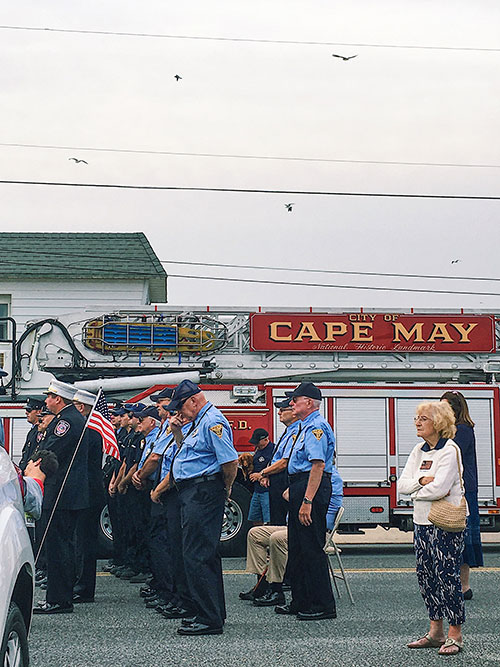 Community leaders took turns sharing a few words about 9/11 and reminding attendees about the heroic actions and sacrifices of the police, firefighters and other emergency personnel who helped so many that day. Attendees this year sang This Land is Your Land and America the Beautiful, followed by a moment of silence as the flag at 2nd and Beach Avenue was lowered. 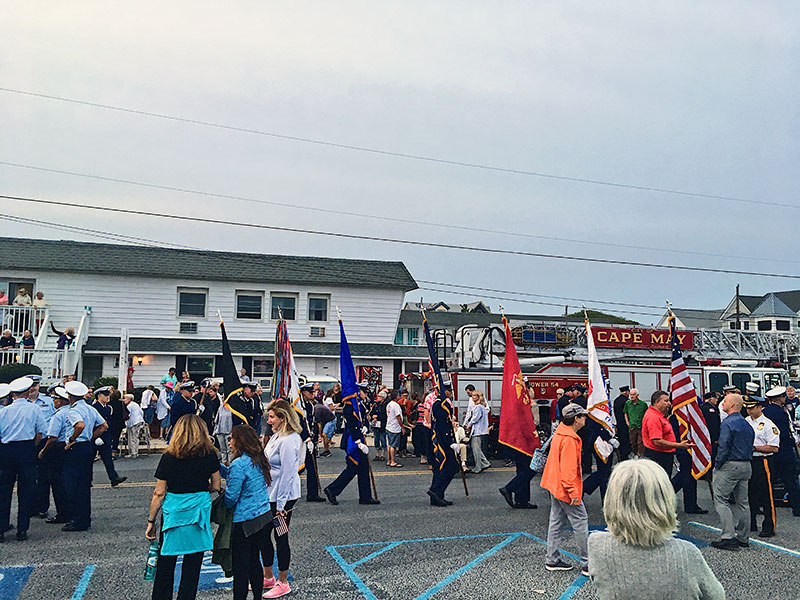 Two members of the Kiwanis Club shared a poem towards the end of the ceremony called ‘We’re Still Standing’ written by a 7th grade student named Hannah Schoechert. The poem was an amazing reminder of the strength, endurance and hopefulness of this nation. 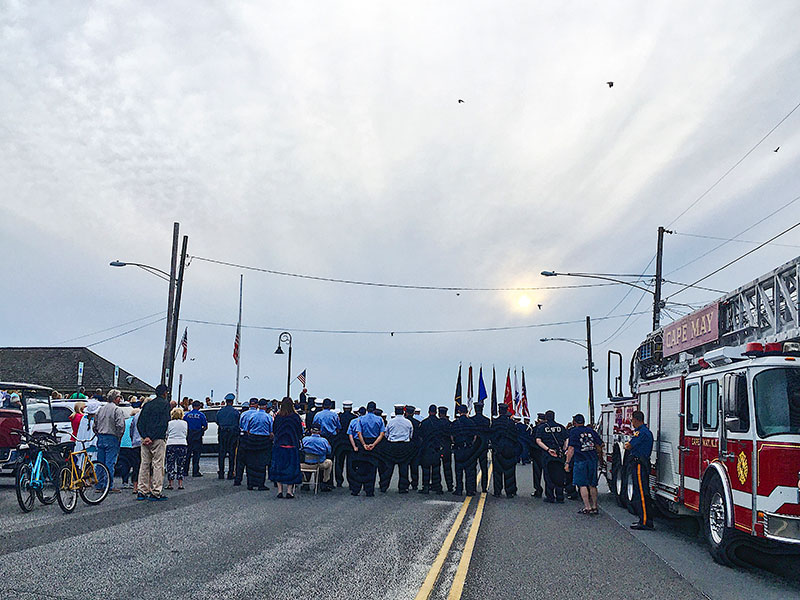