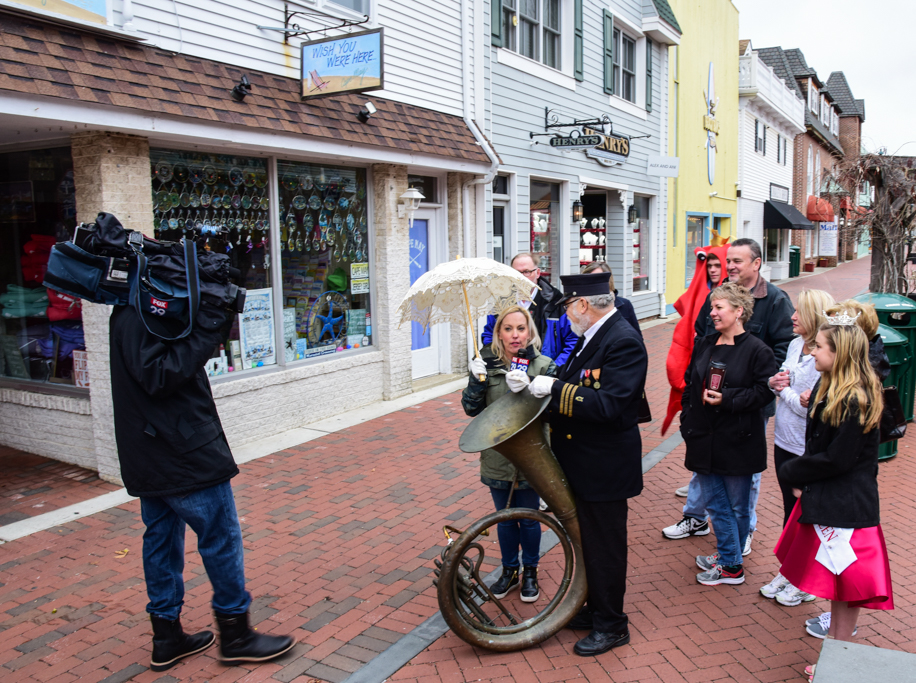 This morning, Jenn Frederick from FOX 29 news in Philadelphia paid a visit to Cape May to broadcast live from the Washington Street Mall as part of her ongoing series Jennie on Your Block. Despite it being sunny and sixty degrees yesterday, this morning was an eye-watering cold with bursts of wind, but that didn’t stop Jenn or the local business owners who came out to be part of the broadcast.

It began at 6:15am at the Cape May Fire Department and continued to Good Scents, Coffee Tyme, Lace Silhouettes, Bath Time, D’May Home Gallery, and ended with a stroll along the mall with John Phillip Sousa (portrayed by MAC Museum Educator Rich Chimiengo). 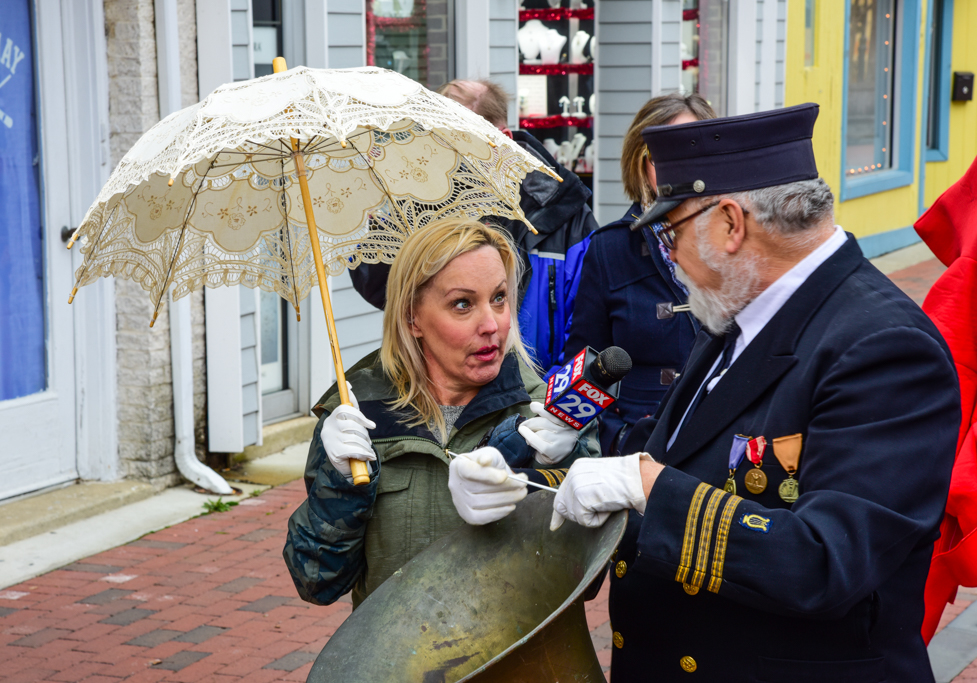 “Because I have history here,” said Chimiengo-as-Sousa. “I played my violin in little shows in the hotels; I brought my marine band to dedicate Congress Hall right down the street; and I wrote music here. And I honeymooned here!” See a video clip 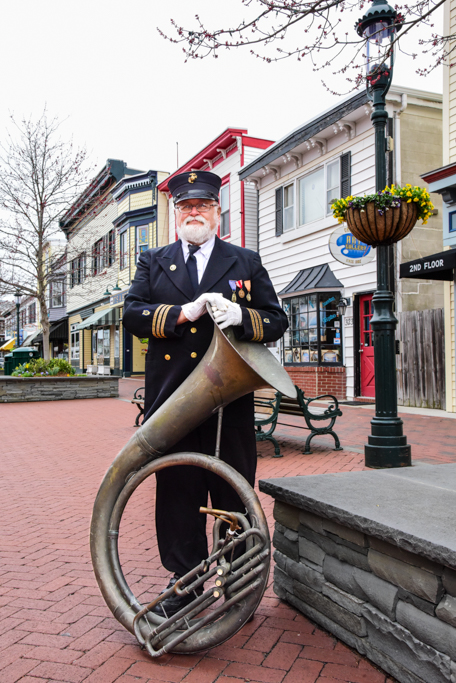 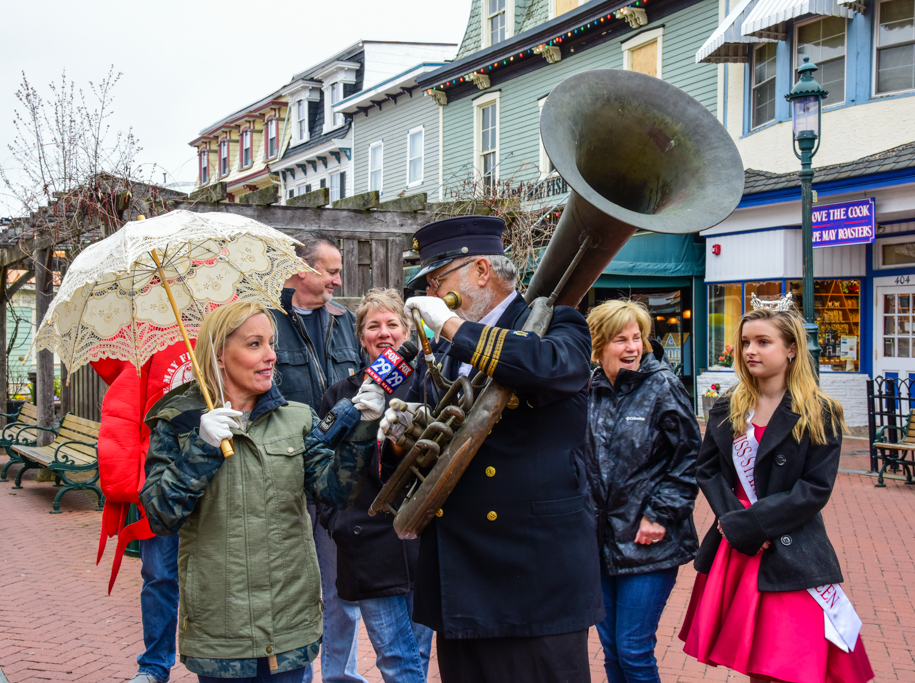 Also present was Miss Stars and Stripes Outstanding Teen for 2018, Madelyn Hays, who spoke about multiple bronze sculptures she had modeled for, which are on display at Gallery D’May. 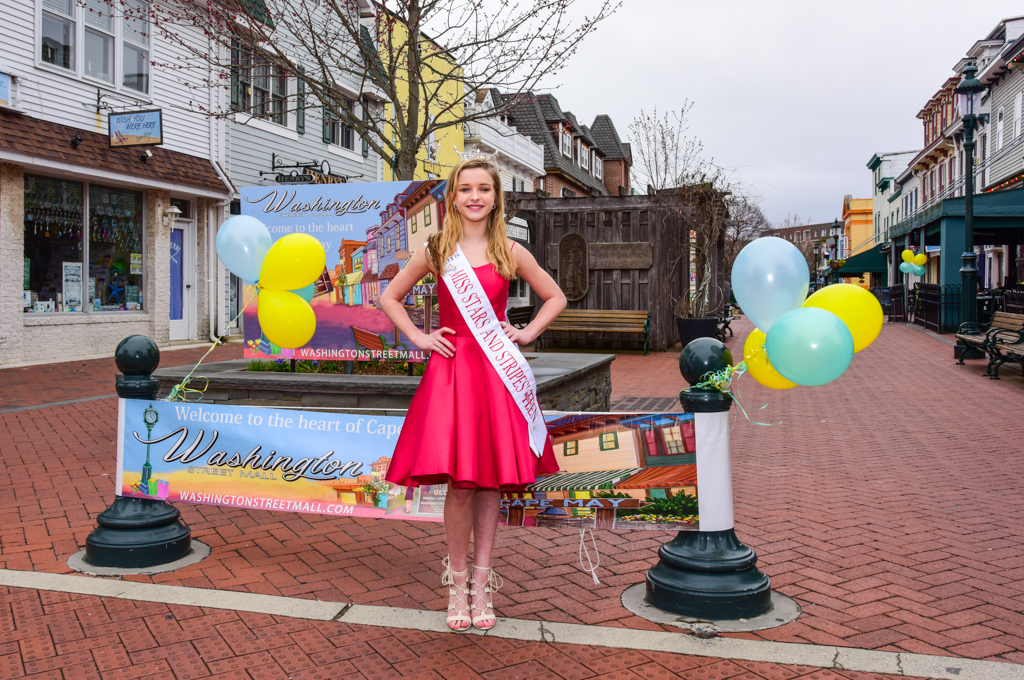 Jenn, we hope you come back and visit when the weather is a little nicer!

Watch a video clip of Jenn at Bath Time

Watch a clip of Jenn at Lace Silhouettes