What if you hosted a rally and everyone showed up?

There was a rally in Cape May yesterday. Officially called Rally to Save Our Seas, it was sponsored by the Cape May County Chamber of Commerce (spearheaded by its president, Vicki Clark), along with Clean Ocean Action and Surfrider Foundation South Jersey. The purpose of the rally was to raise awareness about the sobering prospect of drilling for oil off the Atlantic coast, the seismic blasting that will go along with it, the potential effects of that blasting on marine life, and the domino effect to the local economy and way of life here. The rally was organized in the hopes that Cape May would be engaged enough on this issue to show up.

And show up, they did, the citizens of Cape May and its environs. By foot and by car and by bicycle and by school bus, they showed up at Convention Hall—at noon on a cold and mostly overcast Monday, they showed up—some on their lunch hour, many carrying signs. There were movers and shakers, politicians and journalists, teachers and school kids, fishermen and businesspeople. They came from both sides of the political aisle, and they were young and old and tall and small, people with canes and babies in strollers—we even spotted a canine activist, Nabs the dog, in her shark t-shirt.

And among the several hundred people who showed up was Cape May resident and writer Bob Dreyfuss, who wrote a story about this very eventuality—fast-tracked by the Trump administration—which we published in the Fall 2017 issue of Cape May Magazine. The article, A Seismic Shift: Cape May’s Place in the Political Tug-of-War over New Jersey’s Energy Source Future, is a disturbing and important piece, required reading for anyone who is interested in this issue and its potential impact on Cape May. Many of the people interviewed for the article were standing on that dais yesterday, putting their words into a call for action.

And a large crowd of people, many carrying signs, was receptive to that message. They made their voices heard, and they signed a petition expressing opposition to what would surely be a disastrous development to our way of life here. It was an orderly, attentive, and engaged group of people, putting differences aside to unite against a common enemy. But that was just the beginning.

We need to keep showing up. 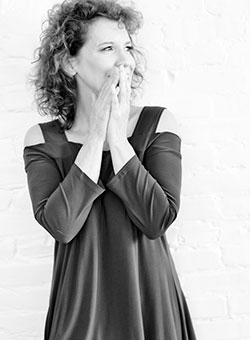 Kate blogs for CapeMay.com and is the Editor of Cape May Magazine. A Pennsylvania native, she made Cape May her permanent home in 2002, after vacationing in and around town for decades. She lives with her two children and a supercalifragilisticexpialidocious cat named Steve.