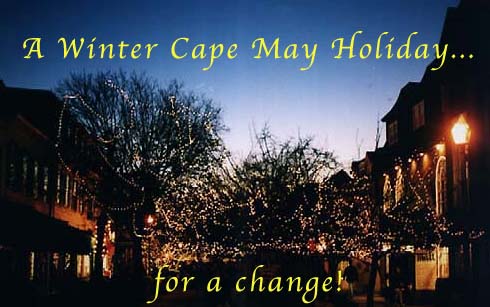 So you haven’t been to Cape May during the winter?

The beaches may be empty and breezes blow cold through town. Summer is a distant memory — or perhaps a future anticipation — but there’s more to Cape May than being simply a summer vacation land. Christmas may be the best time of year to visit — for there is nothing more delightful and more in the spirit of Christmas than the gingerbread houses and Victorian inns twinkling with tiny Christmas lights, horse and carriage rides through the narrow streets, and innkeepers and merchants offering warm libation on chilly nights.

Traditionally, the Washington Street Mall Merchants Association sponsor “Hospitality Night,” this year to be held Friday, December 10 from 7 to 9 p.m. 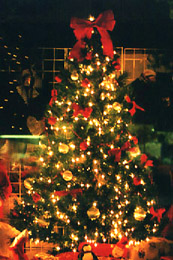 Decorated to the hilt, the mall shops offer wine and cheese, cookies and hot cider among other delectable goodies to shoppers there to browse, or buy. The mall shops offer many unique items from Swedish gifts at “Swede Things in America” to African musical instruments at “Tradewinds” to the quintessential Cape May nautical items at various shops including “Dellas,” “My Sister’s Place” and “Pandora’s.”

Christmas carolers will entertain street-side during Hospitality Night and a “Christmas Dance” will be held at Convention Hall on Cape May’s beachfront beginning at 8:30 p.m. The dance features the music of the Hal Davis Orchestra, a long-time Cape May favorite. Tickets are $5 per person and may be reserved by calling 609-884-9565.

And, regardless of popular opinion that the streets of Cape May are “folded-up” during the winter, there is much to see and do through the month of December.

The Mid-Atlantic Center for the Arts (MAC) offer special tours at Christmas-time including the annual “Evening Wassail Tours” aboard a heated trolley traversing the town’s decorated buildings. 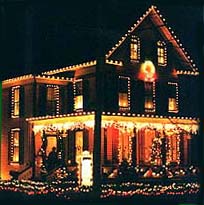 Other tours include “A Taste of Christmas” combining a guided walking tour and lunch at the Mad Batter, one of Cape May’s famous gourmet restaurants and “Christmas Caroling in Cape May” held through December 26 and featuring the Cape Harmonaires Barbershop Chorus touring the historic district with stops at the Merion Inn, Henry Sawyer Inn and the John Wesley Inn. Information on tours may be obtained by calling 609-884-5404 or 800-275-4278.

Theater takes on a holiday flavor as well with Cape May Stage’s production of “Uncle John’s Christmas Story” running December 9 through 23. Information on performance times and tickets may be had by calling 609-884-1341.

FineLife Production’s “I’ll Be Home for Christmas” runs through December 18 at the Grand Hotel’s Penthouse Showroom, Beach and Philadelphia Avenues. The show is set during World War II and features live radio broadcasts of the era. Performances are Friday and Saturday evenings with selected matinees available. Reservations are required and can be made by calling 884-4627 or 884-5611, ext. 531. 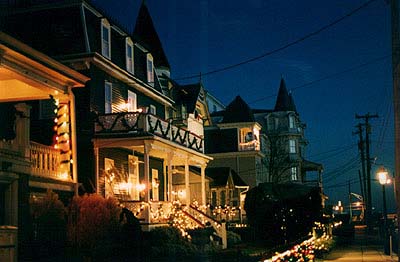 Santa Claus himself will greet children aboard the “Santa Express” courtesy of the Cape May Seashore Railroad Lines Saturdays through December 19. The train departs from stations at the 4-H Fairgrounds in Cape May Court House, Historic Cold Spring Village on Route 9 and Cape May’s City’s Rail Terminal, Elmira and Lafayette Streets. Reservations are not required and seating is on a first-come first-served basis. Information on train schedules is available by calling 609-884-5300.

So you haven’t been to Cape May during the winter? Leave the suntan lotion at home this time, and grab a scarf, don a hat, stroll the mall, take the train, enjoy a theater production and a fine lunch or dinner at one of Cape May’s eclectic restaurants.

The breezes may blow cold, but there’s still much here to enjoy, to savor, and to remember.