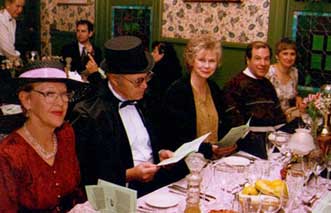 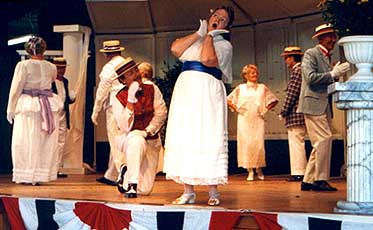 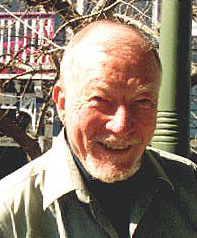 In the summer of 1973 Bruce Minnix, founding member of the Mid-Atlantic Center for the Arts (MAC), Cape May’s leader in heritage and cultural tourism, was speaking to a group of reporters about the organization’s plans for the future. At the time, MAC was in the early stages of development and consisted only of volunteer members. This small group had been working for several years to restore the Emlen Physick Estate and extend MAC’s offerings to the public and the community

In 1983, Michael Zuckerman signed on as the director of MAC. By the time he arrived, Victorian Weekend had grown to a 4-day event running Friday through Monday, and seemed only slightly more organized than the way it had begun. “Every aspect of Victorian Week had different committees, about a dozen organized by volunteers,” says Zuckerman. “There was a weekend house tours committee, finance committee, and a fashion show run by a costume collection committee.” They even had a separate committee that organized the cash bar at the fashion show.

“We also had major evening entertainment,” says Zuckerman, “a dinner dance with more committees in charge of pulling that together. It was held at the Inn of Cape May, then called the Colonial Hotel. It was the social event of the fall season.”

The following month, at the MAC annual meeting, Victorian Week was determined to have become such a success that it would be extended to a 10-day event. “I was devastated because I was worn out working with these volunteer committees to make this happen,” remembers Zuckerman. Victorian Week, which is now managed by a staffed “events department,” is MAC’s single biggest yearly event. 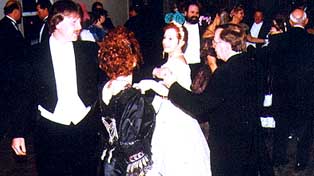 Its roster of activities, geared toward the celebration of Cape May’s Victorian heritage, include “Murder Mystery” dinners, brass band concerts, a Victorian feast, a 19th-century dance weekend, lectures of all sorts, an extensive list of walking tours and much, much more. “Mostly,” says Zuckerman, “it’s been adding and adding and adding…”

Looking back 27 years, the growth and popularity of this event still delights and surprises Bruce Minnix. “None of us had any idea it would be that big of a deal!”