A step through the doors of Hangar #1 is a step back in time. Music from the 1940s drifts in the background, and the smell of engine grease fills the air. Aircraft mechanics banter with each other as they tend to a flock of planes and helicopters left behind by generations of innovation. A resident cat, Kittyhawk, laps cream as she waits to fulfill her duty of chasing birds.

A few miles up the road from Cape May, Hangar #1 is  home to a different sort of history than the rambunctious Victorian period so fabulously celebrated in this beloved National Historic Landmark city.

Different, yet important enough that Hangar #1 has made its way to both the New Jersey and National Registers of Historic Places.

All but forgotten and crumbling until a few years ago, the hangar is now being transformed into the Naval Air Station Wildwood Aviation Museum. Today (even in the middle of winter) it bustles with the efforts of a foundation committed to preserving the memories and  machines of  World War II. 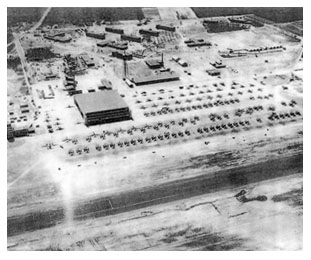 In 1942 the Naval Air Station in Cape May was badly overcrowded, so the government built Naval Air Station Rio Grande. Hangar #1 stood in the midst of barracks and three five thousand foot runways. By 1943 it was renamed Naval Air Station Wildwood due to  confusion over the name — many people thought it was in Texas. Throughout the war it served as a training base for the pilots and gunners who went on to form squadrons of aircraft carrier dive bombers headed for the Pacific Ocean.

Retired orthopedic surgeon Dr. Joseph Salvatore remembers the planes zipping overhead on training flights when he was growing up in Wildwood. “I knew this airport and hangar as a boy,” he recounted. I’ve always liked this building. It’s a real treasure.” When he heard the county might tear it down, Salvatore got together a group of people interested in saving the place. In May of 1997, after two years of negotiating, the Naval Air Station Wildwood Foundation, with Salvatore as its chairman, bought the hangar from the county for one dollar. Salvatore credits his 25 years of involvement with Historic Cold Spring Village as paving the way for this project. “The Air Station is independent of Cold Spring,” he explained. “We share some of the same board members, and we’ve learned a lot about organizations.” 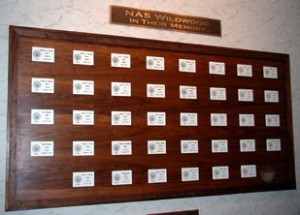 The first job the foundation faced was stabilizing the building. The 92,000 square foot wooden hangar was literally falling down; there was a twelve thousand square foot hole in the roof. The foundation soon received a grant of $402,000.00 from the New  Jersey Department of Transportation’s ISTEA program to repair it. Another grant of $535,000.00 from the New Jersey Historic Commission is being used to restore the rest of the building. The restoration is transforming the hangar into an aviation museum, dedicated to the memory of the thirty-eight men who died while training there.

Museum Director Anne Glowacz oversees this exciting time of growth for the project.  “I’m pleased that we’re bringing history to life. Between the visitors, the aircraft, and the building restoration, there’s never a dull moment around here!” she said. The museum is opened to the public; a $2 donation is requested. In 2001, over ten thousand people came through the doors and there has been increased interest since the attacks of 9-11. 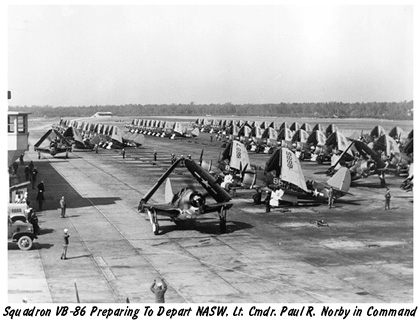 A growing collection of aircraft in various states of restoration is housed in the hangar.

They include two Lockheed T33s and a Soviet MiG-15 donated by James Beasley, an AH-1 Cobra helicopter that served in Vietnam and Somalia on loan from the U.S. Army, and  an HH-52A Seaguard  Helicopter that served on the Coast Guard icebreaker “Polar Star.”  New exhibits are being assembled, a library is almost completed, and a distance learning program for school children is in place.

All of the aircraft needed major restoration when they arrived, some were actually in pieces.  Museum staff member Tom Collins, a retired Philadelphia police officer and Vietnam veteran who served as a door gunner on a similar helicopter, worked on both helicopters and installed a small video theater in one, where visitors can learn more about the craft. He works closely with volunteer Dave Shuhart, a fellow veteran, and says of his work, “I love it. I can’t wait to come back everyday.”

The latest plane to arrive at the museum is a TBM Grumman Avenger. It came by way of Canada, where it was adapted to drop water on forest fires. Since landing in the hangar (via flatbed trailer) in July of 2001, volunteers have been busy stripping the plane of its firefighting gear, and are preparing to return it to the condition it was in when it came off the assembly line at the General Motors plant in Trenton. The largest single engine planes flown during World War II, ten thousand were manufactured and less than fifty are flying today. The plane is also of interest because former President George Bush, Sr. flew and was shot down in one when he served. Volunteer Dick Ryan, who served in the Air Force for thirty years, predicted that the plane would take three years to restore. “We’re in the very beginning stages of restoration,” he commented. “It’s a labor of love.” 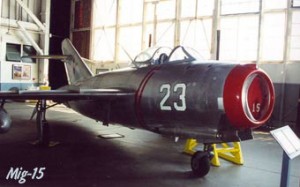 Fellow volunteers Al Bennett and Jim McGill share that love and are spending lots of time at the hangar these days working on the old plane. Bennett served in the Marines for three years as an airplane mechanic, then studied aeronautics in college. McGill was a crew chief in the Air Force, then worked at the hangar after the war when it was the home of United States Overseas Airlines.  Their skills are proving invaluable as parts are ordered to replace the planes bomb bay doors and machine gun turret. Its wings lay 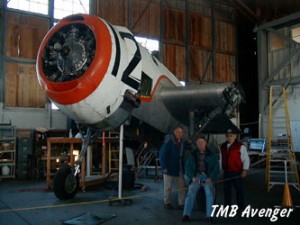 nearby on the floor; they won’t be reinstalled until work on the fuselage is further along. Bennett explained, “This plane could get off a carrier really fast due to the shape of its wings.”

The Foundation also hosts a variety of special events at the hangar.

An  annual Fly Fest has grown into a popular favorite with aviation enthusiasts, a September swing dance with a live band is headed into its third year, and speakers from as far away as Bremen, Germany and as close as Wildwood have given lectures about World War II experiences. 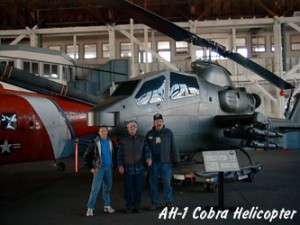 Glowacz noted, “It’s truly a joy to meet the veterans who visit and are so animated when they relate their experiences.”  Salvatore agreed, “They come here to reminisce, and find they’re on the same wavelength. I can listen to them for hours.”

The Naval Air Station Wildwood Aviation Museum is open year-round. Please visit www.usnasw.org for more information on the hangar and how you can help “Give the Past a Future.”

Longtime North Wildwood resident Curtis Napier arrived at the Air Station one week before Christmas of 1943. A farm boy from Harlan County, Kentucky, Napier worked for the Army Signal Corps building radios while attending college in Lexington. As the war continued, he felt pressured to join the Army. Instead, he chose to enlist in the Navy, and requested a job in the fleet. “So they put me in aviation,” Napier recalled with a laugh. “That’s how they got us crazy guys to climb in the back seat.”

He went to Norfolk for ten weeks of aviation radio school and four weeks of gunnery school. “Then they sent us up to Wildwood to train and form a squadron of dive bombers.” There, Napier said, “We learned maneuvers flying together to do what we would do in combat.” 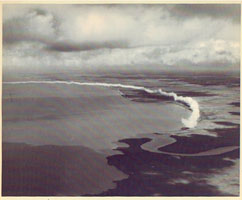 Napier described his job as a radio/gunner on the SB-2C Helldiver he trained for that winter. “There were two of us on the dive bombers, a pilot and a gunner. I worked the radio and let the bombs go.” The training runs took them north along the Delaware Bay.

They practiced going up to an altitude of 20,000 feet and released fourteen-inch smoke bombs onto the marshes below.

Soon Napier’s squadron was sent to the Pacific on the USS Hancock, at the time, the largest aircraft carrier in the Navy.  Napier flew thirty-five missions, looking for Japanese boats and dropping two thousand pound bombs on them. “Flying off the carrier wasn’t bad,” Napier recounted. His plane went up to an altitude of thirteen thousand feet, then dove and dropped its bombs. “You hung on and tried not to black out. You were trained for it.  You have to get that in your mind. It’s a war, and you do it.” 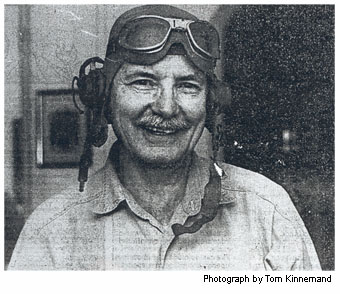 Napier survived getting shot down in his plane and having his carrier bombed twice by Kamikaze pilots. He returned to New Jersey and married the sweetheart he met while training at the Air Station. They settled in Wildwood and raised their family.

Recently, Curtis Napier returned to the hangar to give a talk about his experiences during the war. He keeps his feet planted firmly on the ground these days, but the preservation of the hangar will surely remind him … and all of us of America’s greatest triumphs.