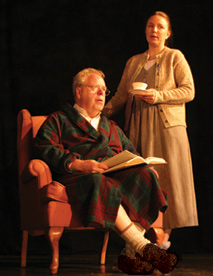 My assignment for CapeMay.com is to go back-stage with Cape May Stage. I’m going to be the acting assistant stage manager for their new production– “Park Your Car…”  somewhere…lets see… “Park Your Car in Your Backyard”? …no.

No, I got it! “Park Your Car in Harvard Yard”!  And I’m going to meet the playwright!  I’m sure this is going to finally be the beginning of my career in show biz (that’s what we insiders call it). I can see it all now.. lights…  neon signs… on-camera interviews… adoring fans!  I see…

Oh…I see Michael Carleton – the Boss, the Director. He seems to be saying something. Why must people bother me when I’m thinking?  Oh… He wants to get to work. Oh, OK….

He wants to know if I have a watch.

“Where is it?” Michael asks.

Thank the stars. One of them – the stars – Tom McCarthy – hands me a watch. Great! 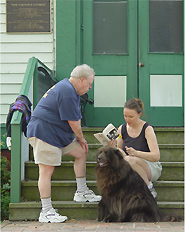 They – the other star, Grace Gonglewski and Tom start reading from Act One, Scene One. Then it got real quiet…

When I looked up they all – Michael, Grace and Tom – were looking at me.

“What was the time?” asks Grace.

“Hold on here. I have to eat. I’m a little hypoglycemic. So I’ll be back later. Here’s your watch. You know what? I’m not sure I’ll make it back in time for whatever ‘s next.  So just start without me. It’s OK. I’ll see ya tomorrow. What time? 11? Sure. Wait…. you know what? I can’t make it tomorrow. But I’ll see ya Thursday for sure.”

Day Two – I mean Three, cause I skipped two, but really it’s my Day Two

Geez. Even though I wasn’t there, they already have a little mini-stage set and everything, with four chairs pushed together to make a sofa- a piano bench for a coffee table– a large comfy chair – a table where the kitchen would be. It’s just like being a kid and using your mother’s old stuff to play “pretend.” Michael says that today we’ll be “ 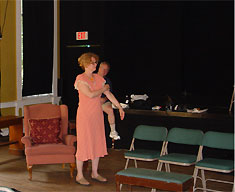 blocking” out the set and while we’re blocking out the set, there’s a lot of talk about “sound cues.”

Now I told Michael that I think he had it a bit wrong. “Stop. Stop a minute Michael,” I said, “Here’s how I’d make it.” He’s so nice. He gently led me to my seat and handed me a piece a paper and told me to take a little rest and make a list of all the props that are needed. Wasn’t that thoughtful? 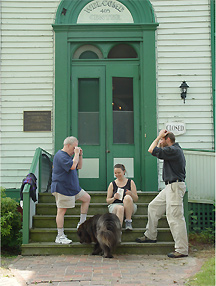 You can’t imagine all the props one little play needs. Hearing aids, towels, white shirts, blackboards, cupcakes with orange icing. Whew! I’m glad I don’t have to look for all that stuff…

Wow! Look at the time!

“Michael? I have to go now. My dog needs her teeth cleaned and I’m sorry but I can’t miss that appointment.  But I have a lot more ideas about how you make the play really good. Do you think the playwright would mind if we ah… rewrote a few things?  Don’t worry. I see you look puzzled. We’ll talk. I gotta run. See ya tomorrow.” 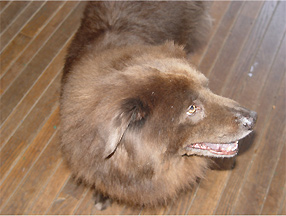 how mix and the third star of “Park Your Car…” joined us today. Grace is going to try going “off the book” for Scenes One and Two. My job is to feed her the lines if she forgets them.

Of course, in order to feed her the lines, I have to look at the script – like the whole time. I mean I can’t look away – not even to play with the dog.

I have no idea how Grace could learn all those lines that quickly. I’m having a little trouble knowing if she’s having a dramatic pause or if she’s waiting for me to give her a line – so, I think I’ll just jump in with a line ….

Jumping in doesn’t seem to be working very well. Grace can’t quite get my timing. So Michael asked me if I could take Cora out 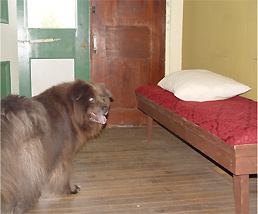 for a little walk. That’s so sweet of him to think of the dog while he’s busy directing Grace.

I kind of like the play. It reminds me of Cape May. But it takes place in Gloucester, Massachusetts. I think it makes more sense to be in Cape May. I’m going to suggest that we change the setting to Cape May. I’m sure the playwright won’t mind. It would only be just for the performances here. Of course, that means they’ll have to change their accents and all the New England references. I can do a rewrite for them and bring it to rehearsal tomorrow. Michael will love it!

I went to the theater but no one was there. Someone must have gotten sick and they cancelled rehearsals. I left Michael a long message, stressing how the re-write I did was very important to rehearse and how Cora’s role should probably be played by a cat or a parakeet instead of a dog.

He hasn’t called back.

I went back again to the theater and still no one was around. I feel so sorry for them. I can’t really spend any more time stage managing if I can’t get through to them. I don’t know what they’ll do without me… The show goes on in a week! 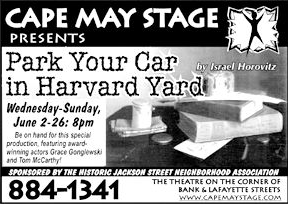 When I meet the author, Israel Horovitz, I’ll have a little heart to heart with him about my ideas and suggestions to make the play so much better. And if it’s not a raving success, then Mr. Horovitz will know how they all missed a really good chance.

Editor’s Note: We’re happy to report that “Park Your Car in Harvard Yard” by Israel Horovitz opens June 2 running through June 26, show-time at 8 PM and that the curtain is expected to go up as usual despite our reporter’s best efforts to the contrary. Cape May Stage is located at Lafayette and Bank Streets. Tickets can be obtained by calling the theater at 609-884-1341 or going to the website at www.capemaystage.com.

Tags: on assignment, This is Cape May