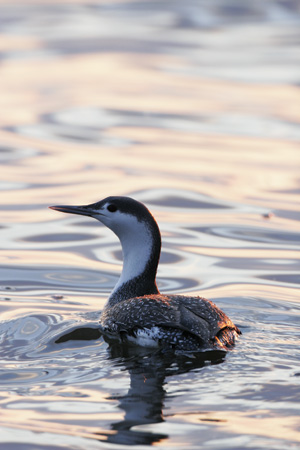 Even though the winters seem to be getting milder, I am always ready for the warmer breezes of spring and everything that comes with it. People move in to town, roughly in sync with the northward push of birds, the days are longer and everyone seems to be that little bit merrier and yes, it is breeding season – in the bird world that is. Come to think of it, my sister and I, and my two daughters were born within striking distance of Christmas. So clearly, we’re the results of spring breeding as well. No, that wasn’t a prompt for your partner!

Well, back to birds (and not bees). Spring can often be nippy in these parts, and with a big camera to lug about, I spend a lot of time in my car these days. Yes, old age is catching up with me! Luckily, I live just down the road from one of my favorite places, The Concrete Ship. Occasionally I will venture on to the rocks at Alexander Avenue, depending on whether there are any birds chowing down on mussels and other goodies around the rocks. By now you have probably got the impression that being a birder and photographer is very easy and laid back. As a result, I have attached the photo of me at work, taken by hidden paparazzi. This now gives you the chance to conjure up whatever image of me at work that you find more romantic!

Every April, Red-throated Loons use our local waters as a staging area with hundreds gathering here before they go to their breeding grounds in the Arctic. They are gray and white, but don’t have a red throat until they get to their summer haunts. They dive for fish, often surfacing 50 yards away and only for a few seconds at that. It is always fun trying to anticipate where that will be and being quick enough to get the shot. On still days the water can look like treacle where the loons have created beautiful patterns in the water.

In between waiting for the Loons to surface, a look over the bay will often find one of my favorite ducks flying by. This one is more aptly named – Long-tailed Duck. As is usually the case, the male is much better looking than the female. Sorry ladies, this is not personal!

One of the beauties of Cape May is that it also has pretty good night life. Driving home I often see a Great-horned Owl perched on a bush or telephone pole at the side of the road. They are also the earliest to breed, nesting as early as January. They look great and the young ones, like all young ones, look cuddly. But don’t be fooled. This beast is big and will attack just about anything – no, not humans! 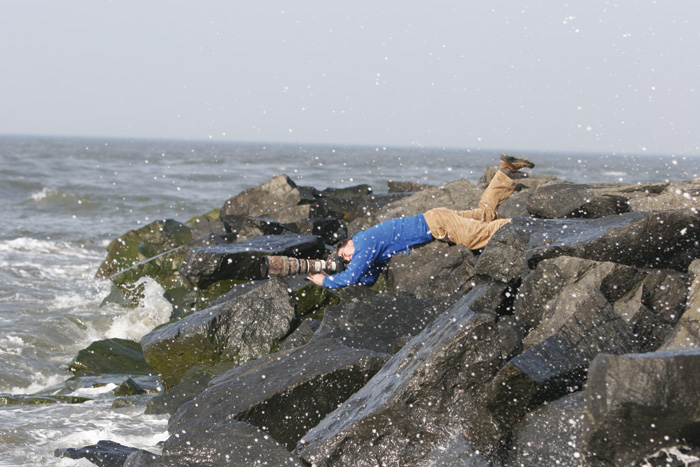 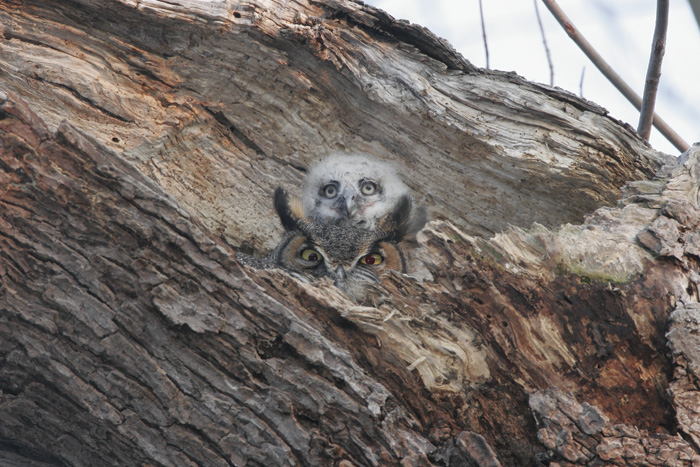 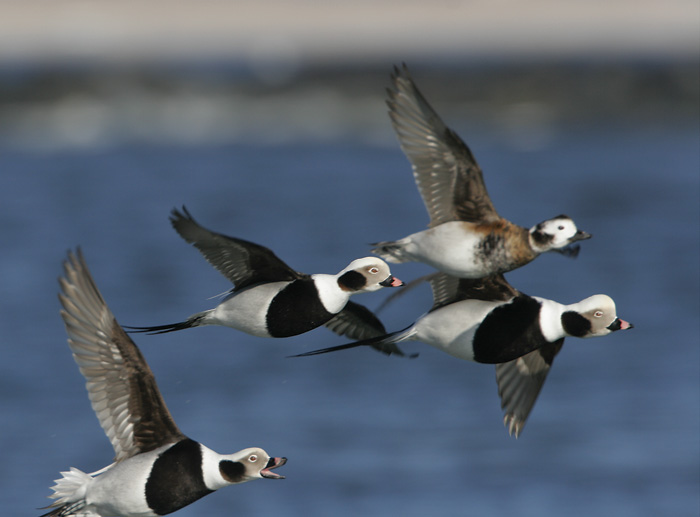 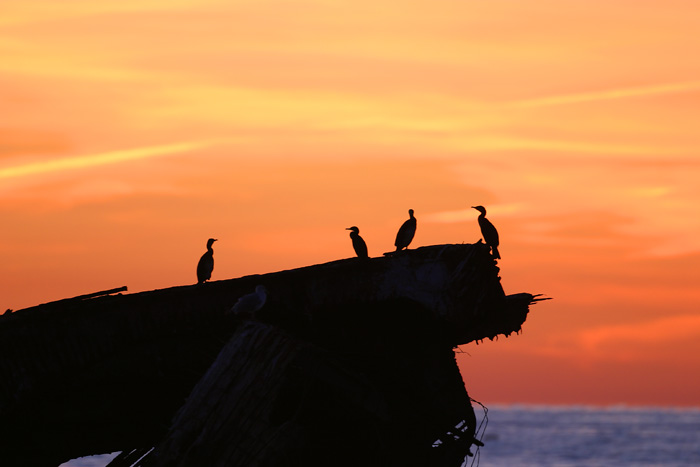 Above: The Concrete Ship, one of Richard’s favorite places for photographs. Photograph by Richard Crossley 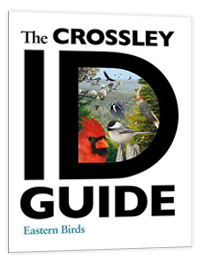 “It’s exciting. It’s visually stunning. It’s like nothing you have ever seen before and it’s hot of the presses. It’s Richard Crossley’s, The Crossley ID Guide – Eastern Birds. It’s the first real-life approach to bird identification. Whether you are a beginner, expert, or anywhere in between, The Crossley ID Guide(published by Princeton University Press) will vastly improve your ability to identify birds.

“What’s so different about the Crossley ID Guide? Everything. Crossley has designed his guide to reflect the way we see and identify birds. We identify birds by their size, shape, structure, behavior, habitat, and field marks. We [see] birds at close range, at middle and long distances, on the ground, in flight, in trees, and on the water….If you want to be a better birder you will find the new Crossley ID Guide to be [a] major innovation and a valuable tool.”