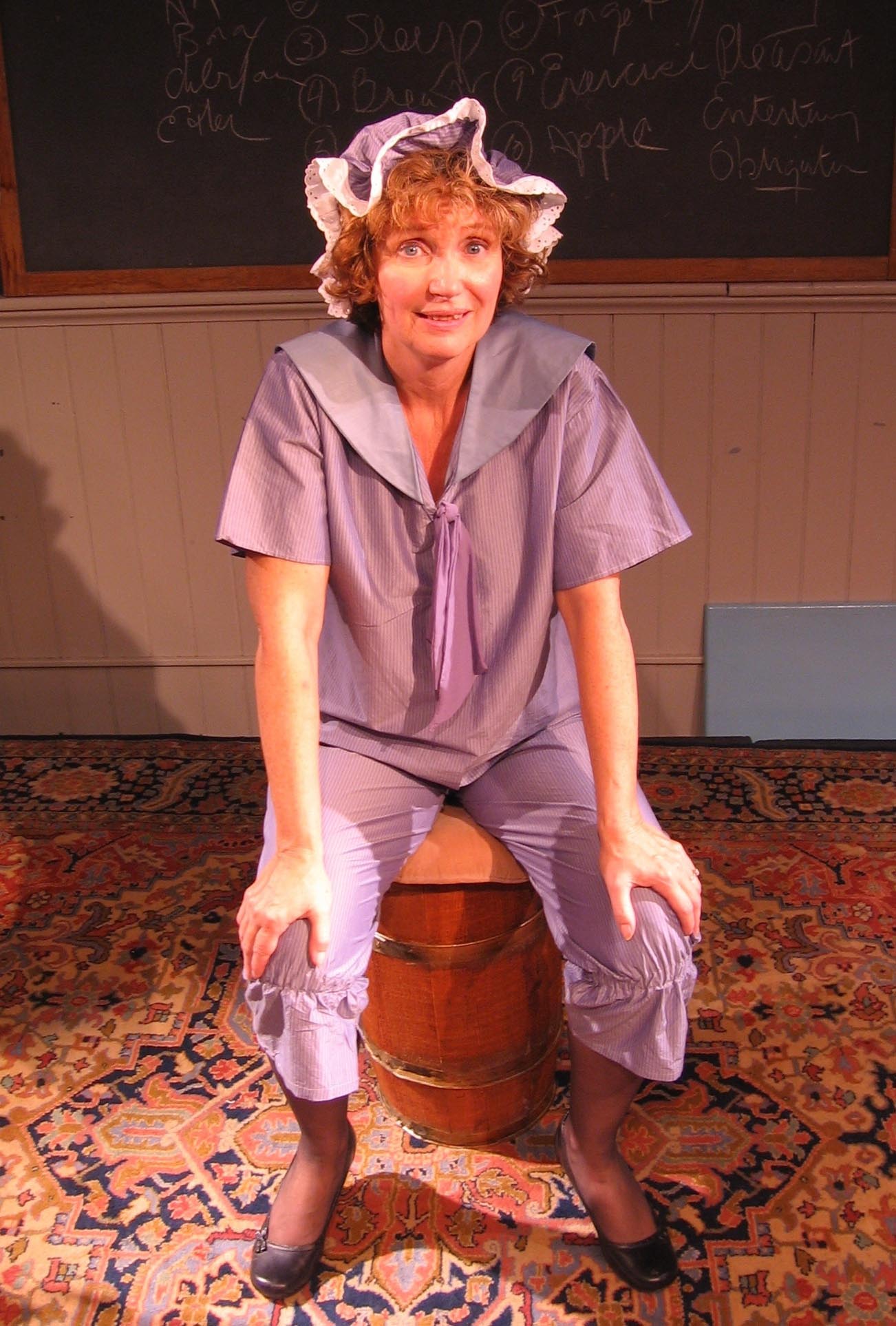 Join Susan Tischler, Holly Knapp, and Will Knapp in East Lynne Theater Company’s fun-filled “Vaudeville Variety,” where they’ll take you back to 1916 with such skits as “A Day at the Races,” “The World’s Greatest Knife Thrower,” and a humorous take on housekeeping, along with songs of the period like “Moonlight Bay” and “Shine on Harvest Moon.”  All three performers have worked for ELTC before, most recently in the company’s virtual production of “Yuletide Tales” in 2020. “Vaudeville Variety” was created and directed by ELTC’s Artistic Director, Gayle Stahlhuth.

The show is performed outside at West Cape May Borough Hall’s “Back Yard,” 732 Broadway, where there is plenty of parking. This is the same location where the Farmer’s Market is every Tuesday during the summer, not far from Cape May’s historic district. Performances are on the following Saturdays at 7:00 PM, with no intermission: June 12 and 26, July 10, 24, and 31, and Aug. 21 and 28. Sundays are the rain dates, but for those who can’t make it on Sunday, tickets will be honored for another Saturday. If a performance is rained out and there is no other day a patron can attend, tickets will be refunded.

ELTC adheres to all regulations set forth by the State of New Jersey to implement safety measures to ensure a safe and enjoyable theater going experience for our patrons, staff, volunteers, and artists.

Mae Savell Croy, portrayed by Susan Tischler, is travelling throughout the country promoting her new book, “Putnam’s Household Handbook.” Croy did write the book that contains suggestions such as “if the baby wants to cry, let it do so, thereby exercising and strengthening its young lungs. The best therapy for the baby is to leave it alone, to put it outdoors, and to seemingly forget all about it.”  Susan adapted Croy’s book for ELTC several years ago, creating a longer one-woman show titled “Helpful Hints” that was performed at the Chalfonte Hotel, on ELTC’s mainstage at the Cape May Presbyterian Church, and on tour.  ​

Joining Mrs. Croy are two vaudevillians, portrayed by Holly and Will Knapp. In one skit, Madame Vivesectovitch, the world’s greatest knife thrower, asks a volunteer to hold a cigarette in his mouth, claiming that she will cut the cigarette in half with her knife.  Can she do it?  And why is her full-time assistant, Sylvester, no longer with her? Can she even see the cigarette from a few feet away?  And then there’s the winning horse called “I Don’t Know,” in a “Day at the Races” that sets the laugher in motion.

Currently, Susan is the storyteller for “The Ghosts of Christmas Past Trolley Rides,” produced by ELTC with Cape May MAC, and has performed in several ELTC productions including “Sherlock Holmes Adventure of the Speckled Band.” From 2017-2019, she performed for SPQR Theatre, also in Cape May, in “Calliope Rose,” “The Wreck of the Spanish Armada”, and her own original works, “Meet the Locals” and “Tao of Tisch.” She was then selected to perform “Tao of Tisch” at The Women’s Theatre Comedy Showcase in Parsippany, NJ. Other credits include portraying Minnie Pearl and co-producing “Barry’s Christmas Opry,” proceeds of which go to the West Cape May Christmas Parade.

Holly and Will have been performing regularly in South Jersey since they moved to the Cape May area in 2004 and 2003 respectively. After graduating from University of the Arts in 2004, Holly performed at Elaine’s Dinner Theater (bringing Will on board in 2007) and then served as the theater’s Artistic Director and Executive Producer for several years, where she developed nearly a dozen original shows.  She made her ELTC debut in the 2015 staged reading of “Our American Cousin,” and was in Cape May Stage’s “Moonlight and Magnolias” in 2007.  Recent credits include Audrey (“Little Shop of Horrors”), Morticia (“Addams Family”), Fastrada (“Pippin”), Evelyn Nesbit (“Ragtime”) and Mrs. Lovett (“Sweeny Todd”). Currently, Holly is the co-host of the 5-start rated true crime/comedy podcast “We Would Be Dead.”   Will began playing music professionally with the “Off Duty Super Heroes” in Philadelphia in the late 90’s, and began a solo (and occasional duo) career after moving to South Jersey. He plays and sings at various locations in Cape May, Wildwood and Avalon.

Director Gayle Stahlhuth has performed Off-Broadway, in regional theaters, and in film and television.  Since 1999 she has been Artistic Director of ELTC, producing over 100 different plays and musicals for this company, and directed most of them. Her work has been praised in “The New York Times,” “The Wall Street Journal,” and “The Philadelphia Inquirer.”